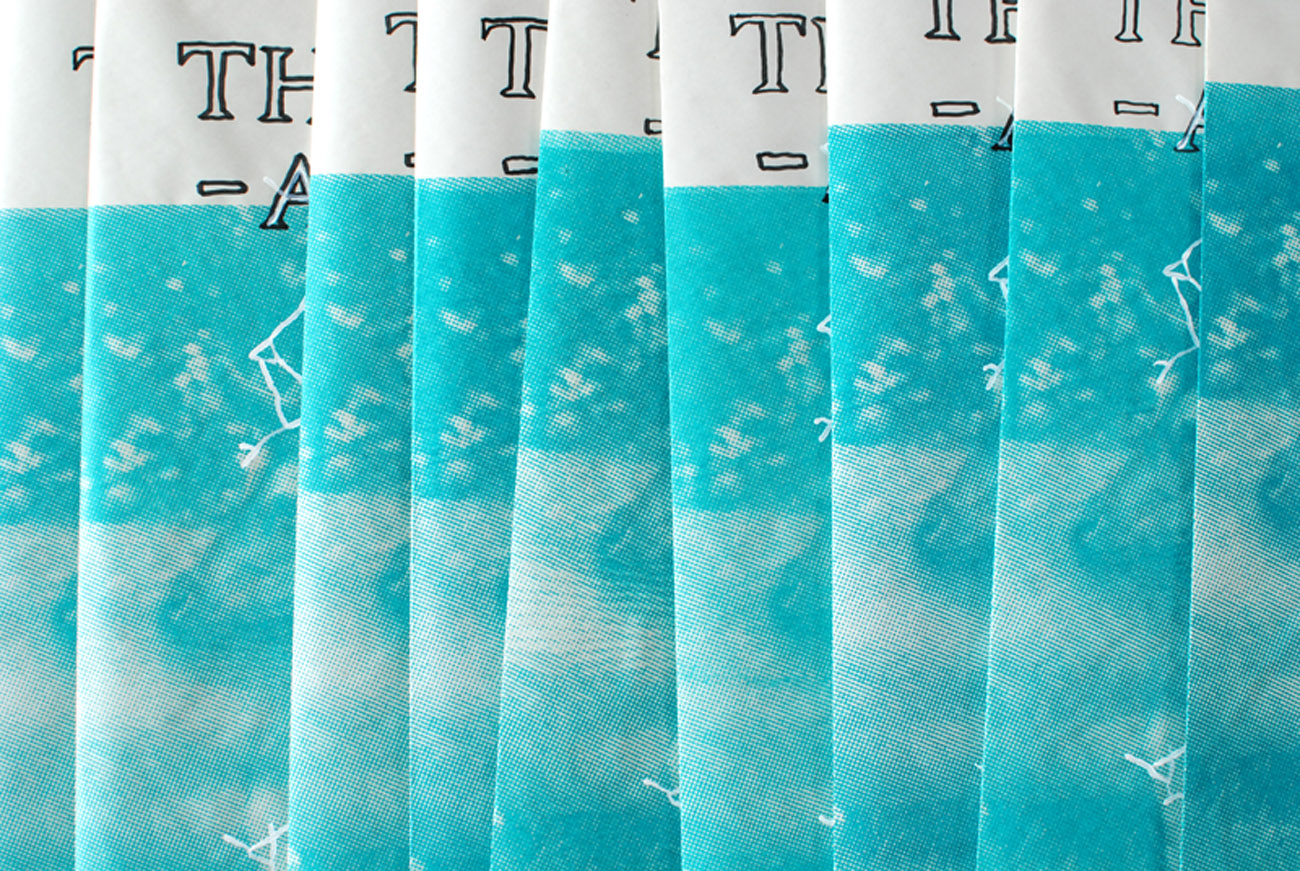 ‘These Abundant Times’  is a new series of un-newspapers. The prefix used to describe this series is deliberate. In doing so, it highlights the difference between my series and a daily, mass-produced tabloid. The prefix ‘anti-‘ was avoided because this is not a series which is trying to replace tabloids; it is simply an alternative.

In the context of Itinerants ², ‘These Abundant Times’ is also an installation. An environment has been constructed which invites visitors to sit and read through the very first issue of my un-newspaper. 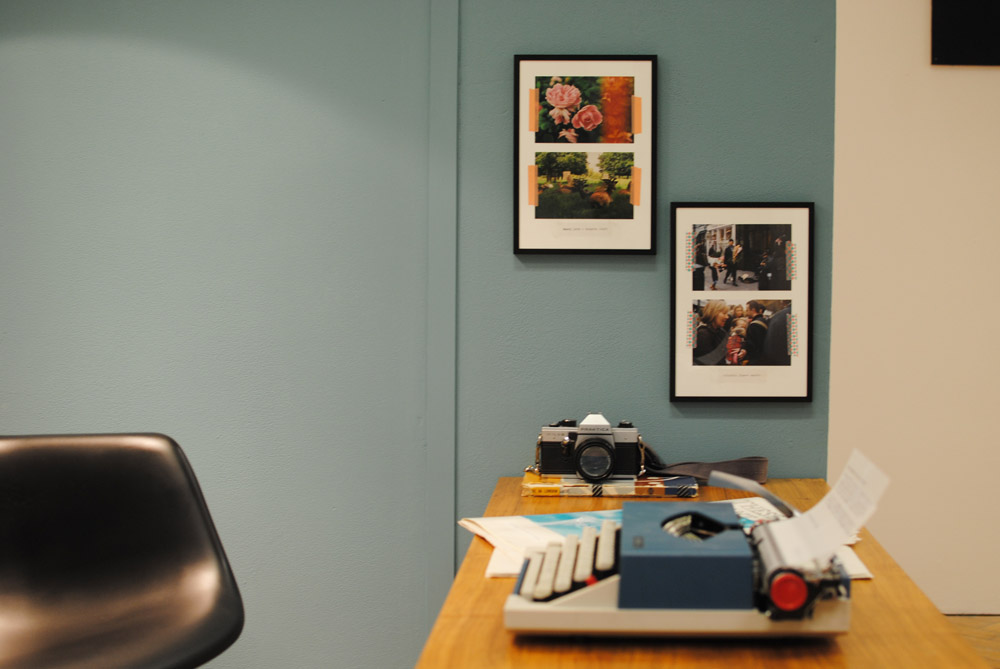 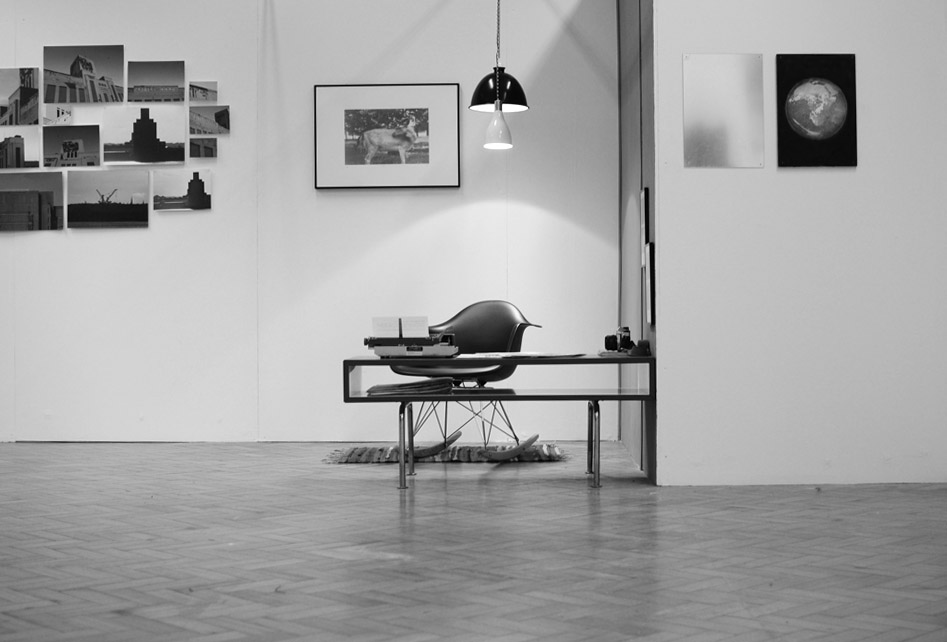 ‘These Abundant Times’ is an accumulated archive of screen prints, mono prints and text. ‘Issue one // CAPITAL’ explores one of London’s historical assets, Hampton Court Palace (which is celebrating ‘500 years of drama’ this year) and the relationship between capitalism and craft. This issue is  limited to an edition of fifty. Each one is made by me, a budding craftsman.

The monochrome un-newspapers are printed in phthalo turquoise, a colour that reflects the screenprinting process. The issue’s focus is capital.

> Hampton Court Palace; ‘The Home of Henry VIII’ + one of London’s historical assets.

> Bushy Park; established as hunting grounds in 1529, where Red + Fallow deer roam. During the months of September + November, an annual cull takes place. Is this in the interest of welfare or profit ?

> Columbia Road Flower Market; “a wealth of great pubs, cafes and restaurants. The shops have a common thread, a love for the flower market and its history, and the refusal to be dictated to by a retail world.”

> Craft vs. Capital(ism); exploration of the idea that capitalism is eroding the social value of craft through recuperation. 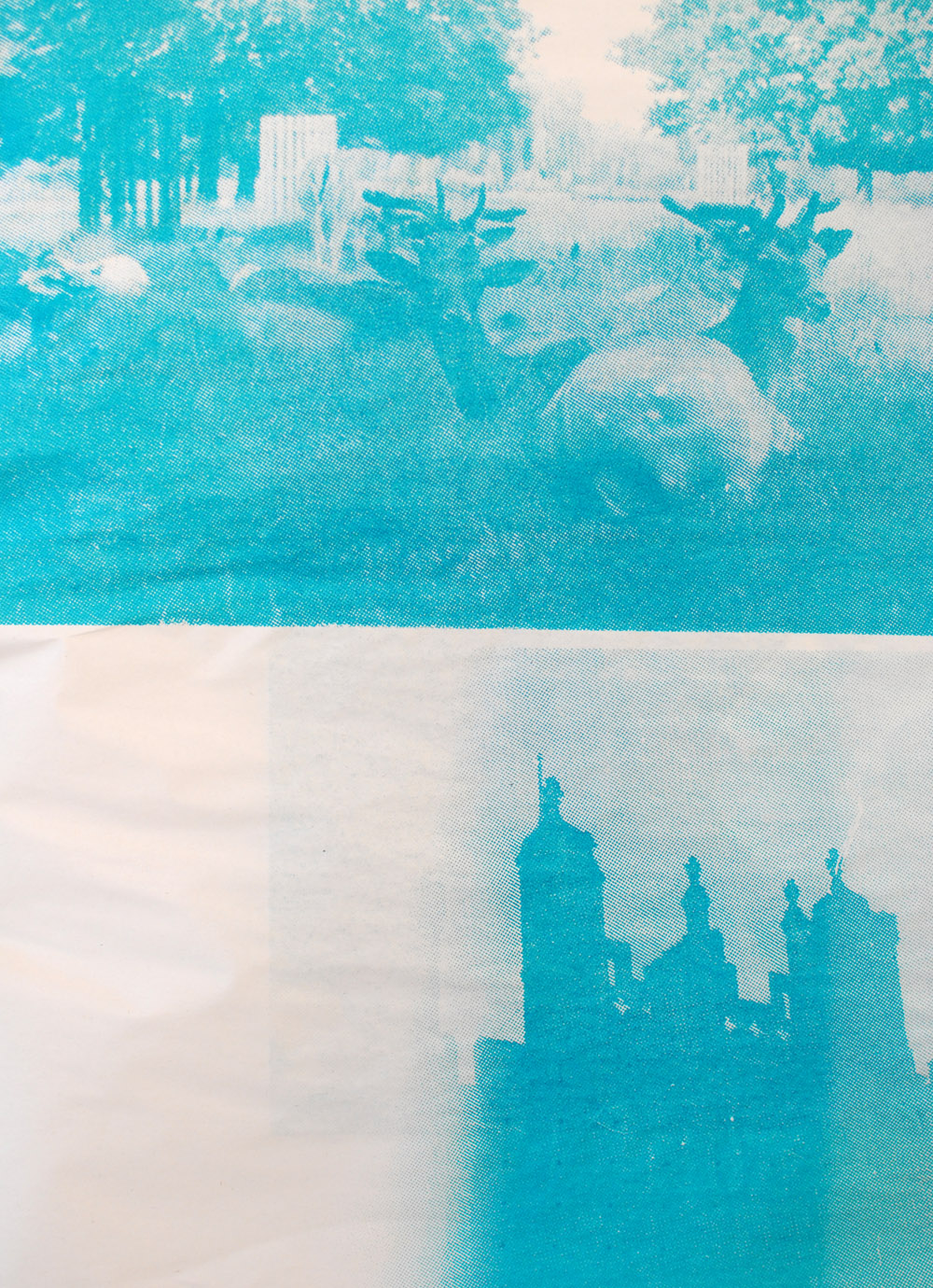